The year 2018 promises to be an interest year in the real estate market.  With a new tax plan in place that significantly alters home affordability, there can be little doubt that the revised tax code will have some impact on the housing market.  Whether that impact will significantly slow growth remains to be seen, but we at Esquire Real Estate Brokerage believe that growth and historically low interest rates will continue.  In this article, we discuss our 2018 real estate predictions.

Recap Of 2017 And Prior Real Estate Predictions

Last year, we predicted slight increases in interest rates to not above 5%, and that if President Trump could deliver on his promise to slash taxes then the market could see some stabilization.  Others predicted volatile interest rates, less home affordability, and a generally cooler housing market.

Consistent with our prediction, interest rates remained relatively low, and actually showed less increase than most were expecting.  According to Fannie Mae, the average rate on a 30 year fixed loan in 2017 was 3.99%, compared to 3.65% in 2016.  That small increase was in spite of the Federal Reserve increasing the target interest rate three times in 2017, up to 1.25%-1.5% in December.  Additionally, although President Trump was not able to pass his anticipated new tax policy until the end of 2017, there are some changes in that policy that promise to have a significant impact on the real estate market, as further discussed below in our predictions for 2018.

The Los Angeles housing market continued to show signs of significant growth in 2017.  The median sale price of homes in Los Angeles County increased by approximately 6.67%, which was on-track with the prior year’s increase of about 6.59%.  In short, 2017 was more of the same, with low interest rates and increasing home prices. 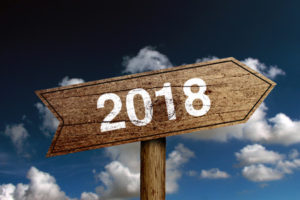 at Others Are Saying About 2018 Real Estate Predictions

•  Redfin predicts that homebuyers will leave high-tax states, such as New York and California, due to elimination of the state and local tax deduction, fewer homeowners will sell due to changes in residency requirements in order to take capital gains exclusions, and that millenials will drive increased demand in urban areas.
•  Zillow predicts that low housing inventory will continue to drive prices up, builders will focus on entry-level homes, millenials will begin to move to the suburbs, and that home prices will continue to increase but at a slower pace.
•  An article published in Forbes predicts a decline in new demand, as well as an increase in interest rates, resulting in an increase in home prices of approximately 3% rather than other predictions of 6%. 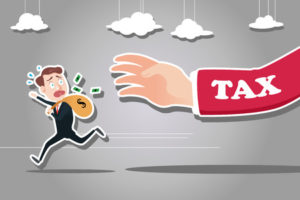 While we anticipate that the revised tax code will play a significant role in the real estate market, we expect continuing historically low interest rates and insufficient supply to continue to drive prices upward, although likely at a slower rate than 2017 and 2016.

On its face, the tax code decreases home affordability, particularly for buyers looking to purchase homes about the $1mm mark.  This is because (a) it reduces the loan limit for the mortgage interest deduction from $1mm to $750k and (b) it limits the state and local tax deduction to $10k annually, which is about how much property tax a purchaser can expect to pay annually on a home costing $1mm.  Applying the basic economic principals of the effect of price on demand, this should theoretically decrease demand, and consequently put some downward pressure on prices.

Compounding this downward pressure are likely increases by the Federal Reserve to the target interest rate.  In 2017, the Federal Reserve raised rates three times, signaling an intent to be more aggressive with interest rates.  In 2018, this trend will likely continue, again largely due to the revised tax code.  Significantly trimmed tax rates at the corporate level will likely drive inflation closer to the Federal Reserve’s target of 2% (it currently sits at approximately 1.8%).  The Fed has previously expressed hesitance over increasing the target interest rate while inflation sits below 2%, but if inflation increases, as expected, then there will be little reason for the Fed to not raise rates.

All that being said, rates continue to be at historically low levels, and supply continues to be insufficient to meet demand.  As a result, while the above factors will put some downward pressure on growth, we expect that growth to continue, although likely at a slower rate than prior years.

If you would like to further discuss Esquire Real Estate Brokerage, Inc.’s 2018 real estate predictions and how we can help you in the Los Angeles real estate market, feel free to give us a call at 213-973-9439 or send us an email at info@esquirereb.com.