In 1992, California enacted the Charter Schools Act of 1992 to authorize the establishment of charter schools. The goal was to encourage teachers, parents, and communities to establish schools that would operate independently from the existing school district structure, but would still have access to public funds. According to the LAUSD’s website, there are now approximately 274 charter schools operating within the LAUSD, serving more than 138,000 students.

How Charter Schools Are Different From Other Schools

Existing and new schools may apply to the LAUSD for charter approval. In order to obtain approval, the school must detail its education plan, including descriptions of plans for its educational program, measurable student outcomes, assessment procedures, governance, personnel policies, admission policies, and health and safety procedures, among many others. Approvals are granted for five-year periods, and schools must re-apply for renewal every five years.

However, charter schools are not the same as typical public schools. Although they participate in standardized state testing, the school leaders have broader choices in terms of curriculum, textbooks, pacing, schedules, instructional methods, and financing and personnel decisions. In exchange for this greater autonomy, charter schools are held accountable to their charter plan. If a charter school consistently fails to meet its performance standards, the charter can be revoked.

In short, charter schools are very similar to public schools insofar as they do not charge tuition, but they are different insofar as they have academic freedom that is more akin to a private school. They are also very highly motivated to achieve specific, and generally high, standardized testing results.

How To Get Into Charter Schools 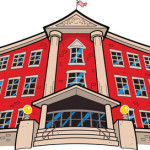 Theoretically speaking, charter schools must accept all children who apply for admission. They may not discriminate on the basis of ethnicity, national origin, gender, or disability, nor can they select students based on aptitude or socioeconomic status. In short, as long as the school has space, everyone gets in. If the school does not have enough space to accommodate all the applicants, then the school must hold a public random drawing (i.e. a “lottery”). Those familiar with the film Waiting for Superman know that this can be an extremely stressful process.

The limitation, though, is that only 10% of a school’s total enrollment can be allocated to “founders”. That restriction becomes important for schools with extremely high demand, in which parents must compete for those founding positions. Some schools select founding parents randomly, some do it on a first-come first-serve basis, and some cherry pick their founding parents. As a result, parents will often “volunteer” at a school several years before their child intends to enroll, in an attempt to increase their chances of becoming a “founding parent”.  The “founding parent” loophole is discussed at length in this LA Weekly article.

Other “preferences” also exist. For example, preferential treatment is permitted for children who live within a certain distance of the school, siblings of children already enrolled, and children of school staff.

The Lesson of Charter Schools

While charter schools are an excellent option for parents who do not want to send their children to their local public school and/or private school, the unfortunate reality is that the charter school application process has become increasingly competitive. Unless and until the LAUSD begins closing the loopholes that encourage behavior more akin to private schools, charter schools will unfortunately continue to promote a competitive process for admission. This is, unfortunately, the opposite of what the Charter Schools Act of 1992 was intended to do.