Over the past several years, faced with significant government spending deficits and debt, debate has arisen over whether the mortgage interest deduction should be eliminated or phased out as a means to generate income for the federal government.  While there is disagreement over whom the deduction benefits and whether it is useful in encouraging home ownership, there is no disagreement that its existence plays a significant role in the economy and price of home ownership.  Elimination of the deduction will unquestionably have a disparate effect on both home values and the economy generally.  That effect can only be offset by other tax incentives.  Practically speaking, it is highly unlikely that any elected government entity will knowingly support a measure that will tank real estate prices by over 10% and eliminate jobs, and therefore the mortgage interest deduction is most certainly here to stay.

Origins of the Mortgage Interest Deduction 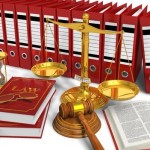 Debate Over The Mortgage Interest Deduction

There is little consensus over the benefits of the mortgage interest deduction and its effect on the housing market and economy.

Supporters of the mortgage interest deduction assert it encourages home ownership by making homes more affordable, provides a stepping-stone for the middle-class by making home ownership more attainable, and helps families build equity in their homes.  The benefit to taxpayers is significant – homeowners in 2013 received a total of approximately $70 billion in federal tax breaks through the mortgage interest deduction.  According to the National Association of Home Builders, the deduction is supported by a majority of voters, including a majority of renters who do not have access to the deduction, and has bipartisan support.  The National Association of Realtors “opposes any changes that would limit or undermine current law” with respect to the mortgage interest deduction. 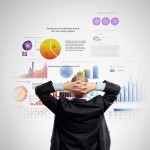 Why The Mortgage Interest Deduction Is Here To Stay 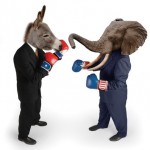 However, the relevant questions are actually much different from those surrounding the economic impact of the deduction.  The true relevant questions are: (a) will any elected body of government be competent enough to put together an overarching tax reform that will eliminate the mortgage interest deduction and offset the disparate impact of its elimination with corresponding tax incentives and (b) is any body of government willing to take the risks inherent with putting together such a policy?  The answer to (a) is “probably not”, while the answer to (b) is most certainly “no”.  Accordingly, so long as the decision remains in the hands of a government reliant on public approval for reelection, it is safe to assume that the mortgage interest deduction is here to stay.