The Pacific Palisades is an area that many would imagine when asked to describe their ideal city.  It has a mix of large, luxurious homes on spacious lots as well as smaller, beach-style bungalows.  The school districts are excellent, and its location, immediately bordering the Pacific Ocean, cannot be beat.  However, the cost of entry into the Pacific Palisades is high.  Buyers looking for single family homes for less than $1.5m should look elsewhere, and buyers who are unwilling to purchase a home in need of some work should expect to spend even more.

Sub-Regions Within The Pacific Palisades

As shown above, there are numerous sub-regions within the Pacific Palisades real estate market, each with its own character and allure.  As further discussed below, the sub-regions, from west to east, include the Palisades Highlands (yellow), Castellammare (red), Marquez Knolls (dark green), El Medio Mesa (pink), Via Mesa (light green), The Village (light blue), Huntington (purple), The Alphabet Streets (light orange), Rustic Canyon, (dark blue) and The Riviera (dark orange)

The Palisades Highlands rests high above the remainder of the Pacific Palisades, and is removed from the rest of the Pacific Palisades by a short drive up Palisades Drive off of Sunset Blvd.  It consists of several small communities, most of which charge a homeowners’ association fee which includes a range of amenities, including dog parks, recreational parks, playgrounds, pools, gyms, tennis courts, basketball courts, etc.  One of the greatest draws of this area is that because it sits relatively high in the mountains, almost all the properties offer a view of either the Santa Monica Mountains or the Pacific Ocean, or both.  Single family homes here typically start at approximately $2 million and regularly reach upward of $10 million.  There are, however, some more “affordable” townhomes and condos that sell for less than $1 million.  Unlike the remainder of the Palisades, properties here were built relatively recently, i.e. properties range from being built in the 70s to the 2000s. 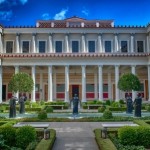 The Castellammare region is home to the Getty Villa (picture right) and windy streets with Italian names.  Most of the properties provide views of the ocean and, given the area’s proximity to the ocean, cool ocean breezes.  A majority of the homes in this area were built in the 1950s, although newer homes are being built on recently sold land.  Similar to the Palisades Highlands, single family homes start at approximately $2m and there are some condominiums available for little less than $1m.

The Marquez Knolls area is situated on an upward mountain sloap, or a “knoll”, providing excellent views of the ocean from properties in the area.  This area contains some homes on the relatively smaller side (e.g. 1,500 square feet), and thus the area provides an opportunity for buyers looking for single family properties in the $1m – $2m range in the Pacific Palisades.  The majority of homes in this area were built in the 50s and late 40s.  The area is also home to the Marquez Avenue Elementary School.

The El Medio Mesa portion of the Pacific Palisades real estate market, like the Marquez Knolls, provides excellent views of the Pacific Ocean.  While most of the area is flat, the bluffs are located on a high ridge overlooking the ocean, providing magnificent views.  The residential properties here provide a mixture of bungalow-styled smaller properties as well as newer homes.  Some bungalows can be found as cheaply as $500-$600k, while newer, larger homes can reach over $6m. 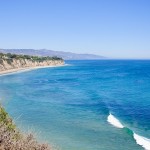 The Via Mesa area, like El Medio Mesa, is largely flat but situated on bluffs that providing great views of the ocean.  It is conveniently located close to “The Village”, the commercial center of the Pacific Palisades.  Via Mesa is home to the Palisades Park, which is the largest park in the Pacific Palisades and contains four baseball diamonds, eight tennis courts, two indoor basketball courts, a hockey rink, dog parks, and several playgrounds.  Single family homes in this area typically start at $2m.

The Huntington area of the Pacific Palisades real estate market is also conveniently close to the Village, and is also walking distance to the Palisades Park as well as the Pacific Palisades library.  The properties are typically situated on large, flat lots situated on wide streets, and has more of a “suburban” feel to it than the neighboring Via Mesa.  Properties here start at approximately $2.5m and regularly reach over $3m.

The Alphabet Streets area, also known as the North Village, is a relatively highly dense area consisting primarily of single family homes on narrow streets.  The area derives its name from the alphabetic ordering of the streets.  Like the Huntington and Via Mesa areas, it is conveniently walking distance to the Village.  Small, single family homes with approximately 1,000 square feet of living space start at approximately $1.3m in this area.

This area derives its name from Rustic Creek, which runs straight down the area’s center.  The area is also known as Uplifter’s Ranch because it houses the former Uplifters Clubhouse, as well as a polo field and cabins that were developed on the Uplifters proprety.  Properties in this area are generally situated on at least .25 acres, providing for a more ranch-style living than the remainder of the Palisades.  Homes built in the area can date back to as early as the 20s.  Overall, it features a more “rustic” feel to it than the remainder of the city.  Single family homes typically sell for at least $3m in this region. 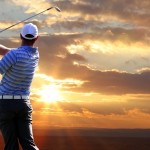 The Riviera takes its name from the Riviera Country Club, an exclusive and well-known country club, which is located in this region.  The streets in this area are wide, and homes are typically set back, providing for a quiet, suburban feel.  Single family homes here can be found for less than $2m, but typically cost at least $3m, and can reach as high as $10m.

The Current State Of The Pacific Palisades Real Estate Market

If you would like to further discuss how Esquire Real Estate Brokerage, Inc. can help you in the Los Angeles and Pacific Palisades real estate markets, feel free to give us a call at 213-973-9439 or send us an email at info@esquirereb.com.